I love Steam’s Family Sharing feature. I’m always a little peeved when I take a step back and notice the fast-paced tech industry ignoring the concept of “family unit” in favor of pushing everything towards individuals with credit cards. This is especially irritating in the gaming world, when you realize that historically, video games were developed and marketed mainly towards kids, and without whom the industry itself might not even exist, today. So I’m always happy to see big companies like Apple, Amazon and Valve taking families into consideration through sharing and parental features.

Back in the “old days”, a personal computer was not seen as the necessity it is today. At best, most families saw it as a glorified mash-up between a typewriter and a calculator. Something that was helpful, but certainly not a necessity. The price tag (in the thousands of dollars) also prohibited the notion of multiple PC’s per household. It simply wasn’t worth the expenditure considering that most of the things that you could do on a PC could also be done manually, albeit slower. The one exception to this may have been gaming. While some early PC games could be somewhat replicated offline (text-based MUDs, point & click story games, card games), some of the more action-oriented games could only be otherwise played at an actual arcade. The notion of blasting asteroids or munching power pellets in the comfort of your own surroundings was new, and heartily embraced by those who had time to spend learning this new craft: kids. 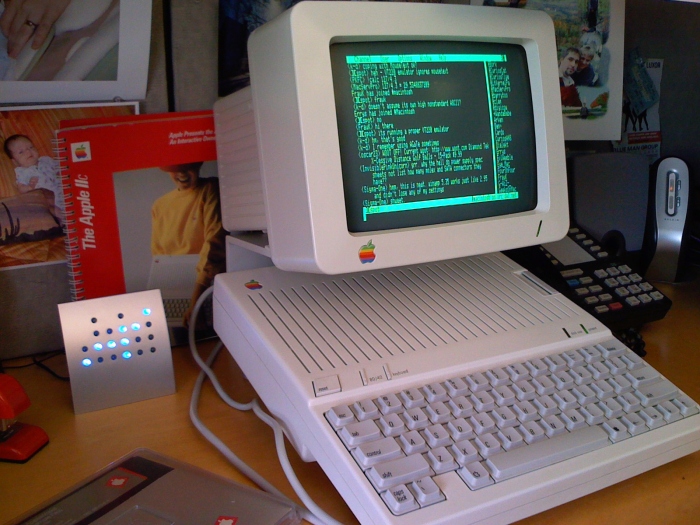 Recall that no households (apart from Silicon Valley CEO’s, perhaps) owned more than a single PC. This meant that a game purchased for a household was installed on the computer and shared between anybody who happened to be using that machine. The game wouldn’t run only for a single user of that PC. How ludicrous! Each and every person who had physical access to the machine also had access to the game. And do you know what? Game companies survived. Even without expecting a family to pay money for each individual kid within a household to play their game, they somehow still thrive today. (Side note: if you did happen to have multiple computers, a single game purchase could be easily installed on each of them. Prior to license keys being a thing, all you really needed for multiple installs was the physical media.)

This is the concept that Steam family sharing mimics with its implementation. The biggest difference between “the good old days” and today is the proliferation of multiple gaming devices within a household. While the “new world” model of selling a software license to an individual user account is good for some things, like recovery or movement of games between devices, it’s very non-family friendly and actually encourages a behavior that is particularly insecure (and, in fact, specifically strongly discouraged via Steam’s anti-phishing recommendations): account password sharing. The only way for kids to play a game purchased by a parent through Steam originally was to share the same account credentials between all family members. Anybody raised in the information age knows that sharing credentials of any kind can lead to really bad results – especially if one of your kids decides to also share those details with his/her friends!

The current family sharing feature was launched in early 2014, and allows account holders to share steam game libraries after a somewhat clunky initial setup. The setup steps require each sharer to physically log into their steam account on every physical computer that the library is intended to be shared on. Further, the sharer must give permission for each user account to be shared with on that physical computer. One stipulation to family sharing is that a “shared” game can only be played by one user account at a time. This makes sense to me from a licensing standpoint, and it also mimics the ‘old days’ of having a single shared game installed on a single computer at a time.

Nearly two years in, I have only one wish for family sharing. While they’ve done a nice job mimicking the sharing policies of old, I believe that it’s possible for Valve to take it a step further and actually improve video game sharing between family members by instituting some simple parental controls. At present when a library is shared with a child, the “sharer” has no control over which games the “share-ee” can download or stream. The entire library is an all-or-nothing proposition. To be completely honest, there are some games in my library that I don’t feel a responsible parent should be sharing with his/her children below a certain age. My library, which contains Plants vs. Zombies and Lego Star Wars, also has several “M” rated games for certain elements that I’d prefer not to just hand over to my pre-teens. A simple solution would be to allow the “sharer” of the library to selectively share games with specific steam accounts. Or use a “share by rating” option that would allow you to exclude all games over a certain rating. Alternatively, it could at least notify you if a certain Steam account has installed or started to stream one of your games. With the current setup, I’m never notified if someone has installed a shared game. I’ve learned after the fact (twice) that one of my kids has installed or started to install what I would consider an inappropriate game only after walking past and observing said game being played/installed. I’d prefer a little proactive parenting to having to react to something that’s already happened without my knowledge.

It’s been almost two years since Steam rolled out family sharing, and there doesn’t appear to be a plan to change its current function. In the tech world, two years without an update is a pretty long time. C’mon Steam, be the industry leader and innovator that we still picture you as! I think it’s time that you stepped up and help parents out a little. After all, the games industry is what it is today thanks to the kids of yesteryear. Let’s help out those same kids as they venture into the gauntlet of parenthood.

*Update: since completing this post, I’ve done some additional research into family sharing. It seems that there are other glaring issues with this feature that I’ve never personally noticed but have been present since initial launch and have gone unanswered/ignored by Valve. For example, “sharing” is done on a per-library level, so two kids cannot play different games out of my library simultaneously. This is certainly an unexpected limitation, and something that should have been corrected within the last 2 years. I question whether it’s even working as intended, as all of the press I remember reading prior to feature launch said that the same game could not be played by multiple accounts simultaneously. I guess family sharing is not as useful as I once thought.

I’m beginning to wonder if this was one of those “pet projects” that gets launched and quickly abandoned after the developer responsible is promoted. It certainly diminishes my confidence in Steam, and makes me less assured about the large number of games in my library. When can we all go back to physical media, again?