I was listening to the Burton and Scrooge podcast the other day, when host Roger Edwards said something that made me pause and reflect upon my own behavior. Near the closing of the show, he noted how, at a recent movie theater visit, many small children were present at a film that was obviously not appropriate for a young audience. As I was nodding along and heartily agreeing about how parents should be more cautious about exposing their children to some of these images and messages, it struck me that I am guilty of this very thing with my own kids. This train of thought has brought me to a familiar conclusion: parenting is tough! It’s the toughest thing I’ve ever had to do, and sometimes I fail miserably.

When my kids were younger, we were fairly strict about what they could watch on television or home video. It took several years to convince my wife that it was OK to show my oldest boys The Incredibles because, in her opinion, “there was too much fighting”. Most other Pixar films were ok, as were such tame children’s films as Curious George. Some other films, such as Star Wars (except Revenge of the Sith) were introduced to the boys by me when I felt like they were ready, usually when they were about five or six years old. Of course, since all of my kids are nearly exactly two years apart, it became increasingly difficult to introduce a film to one without it trickling down to all of the others. As the older kids’ tastes changed, they sought out more complex and stimulating films, which, of course, their younger siblings also wanted to experience. As tends to happen, we’ve become more lenient as we’ve had more kids, to the point that the youngest gets to experience much more at an earlier age than the older ones did.

As I think back on this past year, I can remember taking the whole family to five films: Avengers: Age of Ultron (PG-13), Inside Out (PG), Minions (PG), Ant-Man (PG-13) and Star Wars: TFE (PG-13). My youngest child is eight years old, yet considering the assigned ratings, I should have been strongly cautioned against bringing him along. But, if you look at the titles of the movies on that list, wouldn’t you think that all five of those films would be aimed at kids or families? Star Wars? Marvel? Are these not intellectual properties that parents trust to deliver family appropriate entertainment? Isn’t the subject matter at least partially, if not mostly, aimed at little kids? The accompanying merchandise would certainly seem to indicate so.  A quick Amazon search shows that the latest Star Wars action figures are recommended for ages 4 and up. Yet the film is not recommended until age 13? The studio is licensing the property to a toy company because they know who the core audience of the film is: kids younger than 13. Marvel is just as guilty of this, perhaps even more so. Netflix carries a wide variety of Marvel cartoons aimed at very young kids designed to hook them into the franchise and (cynic mode engage) cry when their parents won’t take them to the theater to see the real-life adaptation. On a related note, try explaining to your fourteen year old, who thinks he’s old enough for anything, why he’s not allowed to watch Daredevil or Jessica Jones! Look, I get it. I’m the parent, it’s my job to do the research. I agree, but there are certainly a lot of variables to consider, and the attitude of “hey they made happy meal toys for it, how bad could it be?” is sometimes an easy mindset to slip into. Parents don’t get much help from the film or toy distributers. On the contrary, sometimes it can feel like they’re working against you! 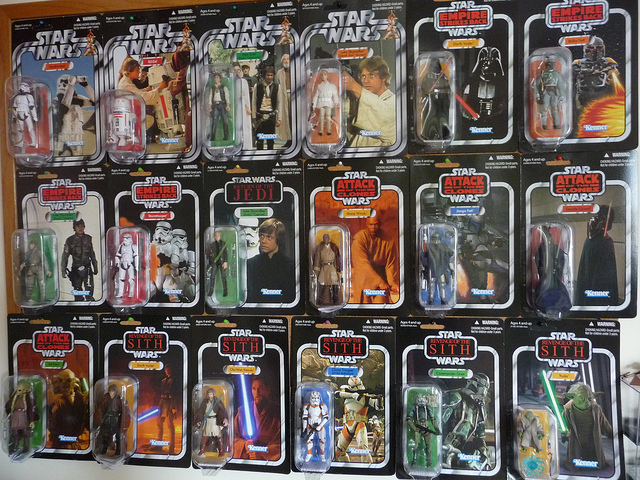 Another problem is that the rating system has become pretty worthless. Some pre-PG-13 films still carry the old PG rating, and it seems that even PG-13 films have gotten more violent and profane over time as studios press to remain “edgy” without obtaining the dreaded “R” rating. How Monty Python and the Holy Grail and Jaws can carry the same rating as Minions and Frozen is beyond me. I was a little embarrassed during my initial viewing of Age of Ultron when the very first line of dialog in the entire film is the hero Iron Man exclaiming “shit!” That word is also uttered several times in the more light-hearted Ant-Man. And believe me, as a parent who doesn’t want my kids spouting off profanity willy-nilly, I notice every single time. Yet, the threshold for an “R” rating is typically two F-bombs in a single film, which means that theoretically, the super hero movies that I’m taking my eight year old to see could drop at least one and still be ok by MPAA standards. I’d prefer for him to not witness his heroes uttering such vulgarities at this age, but it’s tough to keep him from the experience when 99% of it is good, clean, kid-friendly fun. Therefore, we’ve made the call (to this point) to let him watch the movies while reinforcing “we don’t talk that way”. He’s old enough to understand, or at least he seems to.  Who knows? When it comes down to choosing between the old man and the Iron Man, who would you listen to as an eight year old?

Consider the ratings from a studio’s standpoint. Anything below PG-13 is considered a “kids movie” and most likely won’t attract the tweens and early adults, and anything above PG-13 will chase away adults with families. So, everything skews towards PG-13 to the point that it encompasses a vast majority of films released within a given year. What’s the old saying? When everything’s a priority, nothing is a priority? A system that was created to help parents make good decisions is actually no help at all. That’s why entire websites now exist to explain to parents exactly why something has been rated PG-13, because the rating itself tells us nothing. 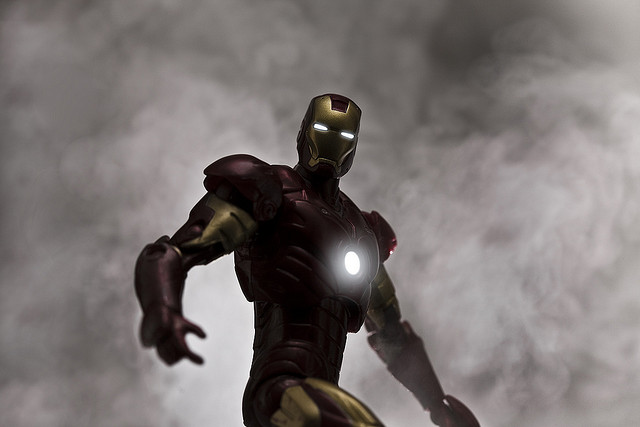 Another thing you have to consider as a parent (besides every child being different and inconsistent movie ratings and toy/film companies working against you) is that movie previews are typically chosen as appropriate to be shown based on the MPAA rating of the film being shown. I had a “worst dad ever” moment earlier this year as we were waiting for one of the Marvel movies to start. The “appropriate” preview that appeared before us was an advertisement for the horror film Insidious 3. The preview was very dark and spooky and about 2/3 of the way through it, I thought to glance over towards tiny Brax to see how he was holding up. The poor little guy had both hands slapped over his eyes and could not have been sunken any lower into his seat trying to escape the sounds and images on the screen. I felt terrible. All I wanted to do was share a fun super-hero movie with my family and I’d ended up scaring him half to death. I’m sure we paid for it with midnight visits from him for the next few weeks, though. So, while I usually do have an idea of what to expect prior to seeing a PG-13 Marvel film, there is absolutely no way for me to predict what kind of preview they’re going to choose to show. It’s not like they tell you when they sell you the ticket.

At the end of the day, deciding what to allow the kids to see is purely a judgment call. A gut feeling based on and arbitrary ratings system, word of mouth, history with the franchise, and Internet research. Like I said, parenting is tough. Sometimes we just take a shot and hope it turns out alright.